The government has announced that it will abolish maintenance grants for the poorest university students, and because it is such an unpopular move, it will be doing it without debate or vote in the Commons or the Lords. 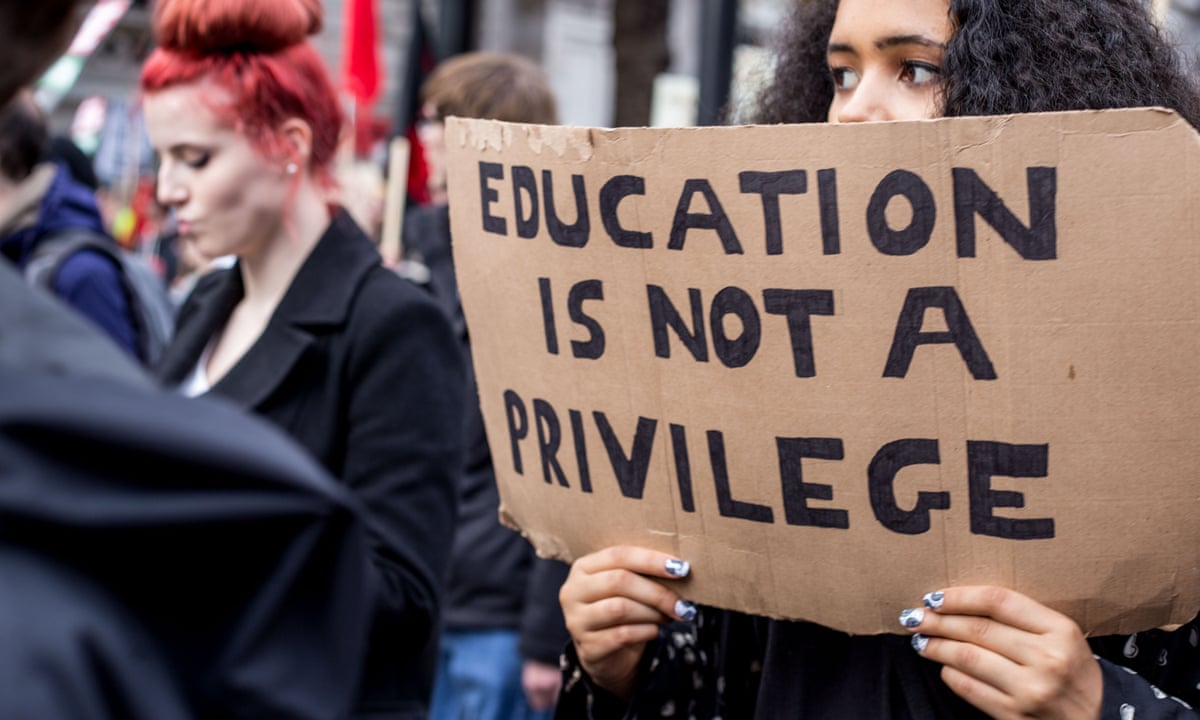 At the moment if your parents are poorly paid, you can receive a small grant to help with cost of living at university. It starts at £3,387 a year for families with income of less than £25,000, tapering off to zero for families with income of £42,620. That might sound quite generous for the half a million students a year who receive it, but average student rent outside London is £4,834, so the full maintenance grant doesn’t even cover the additional cost of a student having a roof over their heads. Maintenance loans are also available, for £5,740 a year, but even a full grant and loan doesn’t cover the costs of accommodation, books, travel and food. That means that university is already unaffordable for anyone without parents on a reasonable income. and those kids who do go have to get part time jobs, which prevents them from studying as much, resulting in significant drop out rates.

Now the government is proposing to do away with the maintenance grant, making it completely impossible for anyone from a poor background to go to university. Mwhahaha. Not only are they ditching the grants though, they are doing it through a legislation committee – a device that passes small changes without requiring debate by MPs. This is not the first time that the government has sought to hurt people through secondary legislation that bypasses the democratic process. They did the same with cuts to benefits, attempting to prevent debate in the Lords. It looks like a superbly evil trend that will allow the government to get away with all manner of mischief.

Whether the government really needs to stop the poor going to university is debatable. Social mobility is already worse in the UK than in any other developed country, and it has got worse since the 70s. The gap between the rich and the poor has widened, and the proportion of those in the bottom 5th of income compared to those in the top 5th of income whose children go to university has decreased from 1 in 4 to 1 in 5. And the latest moves from the Tories will ensure the poor are kept in their place. Mwhahaha.

Social mobility: the charts that shame BritainCan you go from stacking shelves to heading up a major corporation in Britain? The data suggests it’s unlikely. See what it saysTHEGUARDIAN.COM Students. A bunch of loony lefties. Fortunately Cameron and Clegg made sure that they are now paying more to go to university than anyone since 1890. It’s a regressive system that discourages the poorest students from studying, thus keeping a lid on social mobility. Some disadvantaged kids were still trying to get an education though, so the Tories are proposing plans to punish any of them who tried in the past, and make sure future kids know not to get ideas above their station.

At the moment, kids don’t pay up front to go to university. They get a government backed loan for university fees. Interest rates are dependent on earnings, but are typically about 3% above inflation. But the interest rate isn’t totally relevant, because you pay 9% on everything you earn above £21k in today’s money for 30 years. It’s like a 9% extra tax for graduates. And the graduates have to earn a lot of money to ever pay back their loan – they need to earn a starting salary of £45k to pay it back before the 30 years is up. Anything less than that and you are effectively paying 9% extra tax for 30 years.

That might sound like a big penalty to pay, but graduates should typically earn more, and at least the students know what they are getting themselves in to – right? Well, as it happens the Government are planning on retrospectively changing the rules to make them pay even more. In fact a lot more in the case of the lower earners. To understand how you need to know how things work today. At the moment, the students are signed up to pay 9% of all earnings above £21k in today’s prices, increasing with inflation. That £21k is a bit like a tax allowance for student loans. With your income tax allowance, everyone gets £10,600 tax free, then pays income tax on any money earned above that. With the student tax allowance, everyone gets £21,000 tax free, and pays student loan tax of 9% on any money earned above that (pre-income tax). The income tax allowance goes up every year because of inflation – it was £10,000 in 2014, and £9,440 in 2013 for example. The £21k student loan tax allowance was also committed to go up with inflation, so that you continue to have a fair tax allowance. However, the government are proposing to change that. And not just for future students – they are proposing to make the change for people who have loans already too. The change that they are proposing is to freeze the £21k tax allowance for ever.

Urgent! Help fight the Government’s student loan U-turn that means many will pay moreThe Government is consulting on a retrospective change to student loans in England that could mean many who took them since 2012 will have to shell out more.
BLOG.MONEYSAVINGEXPERT.COM

Of course if a payday lender tried to change the terms and conditions of a loan after someone had taken the loan out, there would be uproar and court cases, and the ombudsman would get involved to stop it. But the government isn’t subject to an ombudsman, and can do what ever it likes to students.

David Cameron has confirmed that every school will be able to be an academy. He wants to give away our schools and valuable public land to private companies. And why? Because he can. Mwhahaha

David Cameron: all schools should become academiesDavid Cameron will mark the 100-day anniversary of the first majority Conservative Government since 1997 with a vow all schools will be given the chance to convert to academy status. The Prime Minister outlined a promise to expand on a manifesto promise to convert failing and coasting schools into academies in a Daily Telegraph article. Mr Cameron said the government would recruit more academy sponsors and back heads to allow thousands more schools to break free of council control.TES.CO.UK

What’s evil about this? Well, head teachers of academy chains have claimed that they have less freedom than heads of council run schools;

And even the Department for Education says that academies are under performing council run schools, with only 3 out of the 20 academy chains reaching the national average for added value (added value measures how much improvement the school makes – any school can do well with a good intake, so added value is the measure of good teaching).

DfE reveals dismal performance of academy chainsIn a break from its often partisan use of data, the DfE has published a remarkably thoughtful and detailed analysis of the performance of local authorities and academy chains. And it reveals, in terms of value added, a picture of serious underperformance by the chains.
THEGUARDIAN.COM

So why is David Cameron ignoring the evidence and pushing for academy schools? Is it because it creates the illusion of doing something? Is it because, as distinguished author Michael Rosen notes, it allows the government to give valuable assets to their friends? Lets hope the public never find out. Mwhahaha.