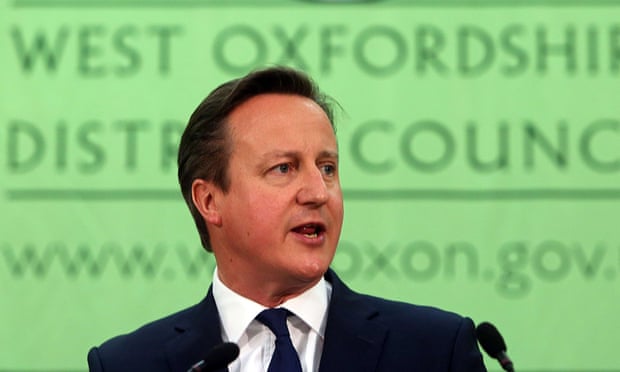 As the recent floods have shown, you don’t have to have a house on a floodplain to be flooded, but it helps an awful lot. Because people tend to be averse to losing valued possessions and living in a B&B for months, the Environment Agency advises people not to build on floodplains. However, floodplains are generally cheap to buy, and because they are flat they are cheap to build on, so provide nice cheap housing for the masses (even if those masses will get wet on a regular basis).

Build on flood plains despite the risks, say UK government advisersClimate change experts say construction should go ahead – but households should be made aware of possible threats
THEGUARDIAN.COM

Now the government has come out in direct contradiction to the Environment Agency, and said it is fine to build on floodplains, as long as the people who live there are told about the risk. As a result about half of all flagship “affordable” homes are planned to be built on floodplains. When the only houses people can buy are on a floodplain, warning them that they are going to flood and pretending that’s good enough is pure evil. It’s a bit like telling someone that there’s a real risk to health from asbestos, and by the way the only job available is in the asbestos crushing factory.

The government claims to be doing something about this – it will launch an insurance scheme later this year, called FloodRe which will insure older flood risk properties at a low price. But while this scheme is great for those with a riverside mansion, it excludes leasehold flats and homes that are let, as well as all of the new “affordable” homes. Not ideal for the poor then. Mwhahaha.

Like most other measures that aren’t actually flood prevention, the scheme simply amounts to a taxpayer funded subsidy to house builders. In fact a recent report calculated that we are all subsidising builders by two to six percent, simply to have them build homes that will be regularly flooded. Which possibly isn’t what everyone wants.

Subsidies encourage housebuilding on floodplains, report finds – FT.comThe UK taxpayer is left to pick up the cost of flooding because housebuilders do not contribute enough when building homes, giving them an incentive to build on floodplains, according to research.
FT.COM