After the astonishing amount of flooding, mainly in the North of England this year, people in the north are starting to accuse the government of having a bias against the North. And their reasoning? The government wouldn’t let this happen in the south. What naive fools. 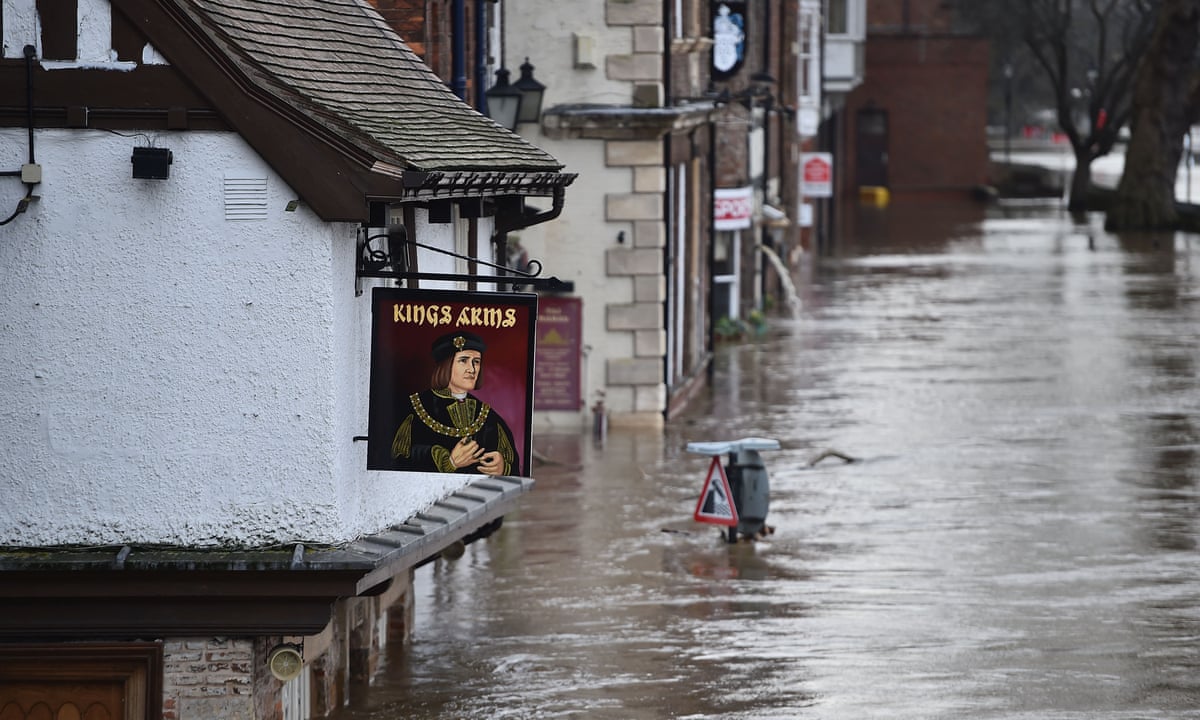 North-south divide cited as factor in Yorkshire flooding devastationYorkshire Evening Post claims floods in Leeds would be ‘unthinkable’ in London or south-east, as others criticise funding gapTHEGUARDIAN.COM

In 2014 Somerset experienced severe flooding, and David Cameron promised that he would do whatever was necessary to avoid future flooding. But as early as February 2015, MPs were warning that a quarter of the funding promised was not being made available. In 2012, the Guardian produced a nice map showing where flood defence spending was being cut under Cameron; 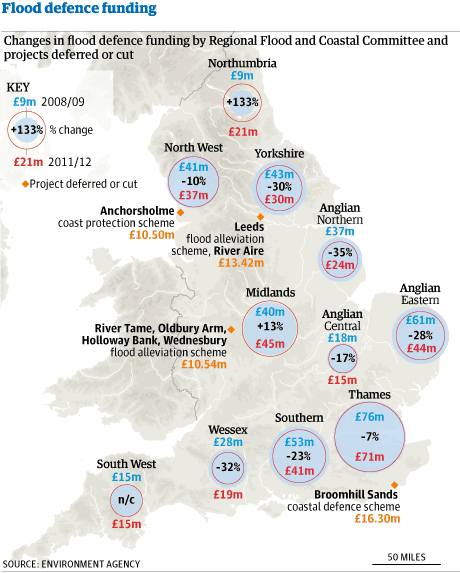 Hundreds of UK flood defence schemes unbuilt due to budget cutsWork on 294 flood defence projects that were in line to receive funding never began, documents showTHEGUARDIAN.COM

From that 2012 map, cuts in funding look to be worse in the south than the north, and since then the trend has been to continue cuts throughout the country. Mwhahaha.

But isn’t spending up?

David Cameron claims that spending on flood defences is higher now than under the last Labour government. There is a tiny amount of truth in this, but not much. It’s like me saying that I spent more on a ferry crossing from Portsmouth to St Malo than Henry 8th spent building the Mary Rose. It’s true, but only in absolute terms. Cameron’s claim to have increased spending completely ignores inflation too – which is always a good trick when you want to claim that you have increased spending on something.  As the House of Commons report in to flood spending notes;

There was a significant increase in flood defence spending from 1997 to 2010—spending increased by three-quarters in real terms. Central Government spending on flood defence in 2010-11 was cut soon after the Coalition Government was formed. Spending was reduced in year by £30 million or 5%. The Committee on Climate Change calculated that this represented a real term cut of around 20% compared to the previous spending period.

The other trick is projecting future spending that is now required to come out of local government budgets – budgets that have been hacked back to nothing. Unfortunately that spending is very unlikely to happen as cash strapped councils are forced to ditch all but the legally mandatory services.

Could anything have been done?

The flooding should come as no surprise to the government. For years they have been warned about the cuts in spending. The Independent has pulled together a long list of articles over the past few years;

If only someone had warned David Cameron’s government about the threat of flooding before…Flooding across the north of England has turned high streets into rivers and farmland into lakes, as heavy rain over the Christmas period has seen hundreds flee their homes.INDEPENDENT.CO.UK

Clearly the government has ignored advice on flood defences, but could anything else have been done too? Changing our current planning policies would be a good start. The FT reports that 1 in 14 homes built last year were built on flood plain. The reasons for this are partly historic – most of our cities formed around rivers, whether it be the lowest bridging point (such as London and York), or as a water source for the industrial revolution. As a result, more and more people want to live in a big city, and hence near a river. Our planning policies do little to stop increased development in areas that will potentially get flooded, while at the same time they prevent expansion out in to the hilly countryside, for fear of eroding the green belt. If our planning policies were changed to allow building on the less flood prone outskirts of cities, some of this may be avoided.

Finally, simply damning up water behind great big barriers is not the only way of stopping flooding. Having it soak in to the ground is a great way of getting rid of it in the first place. Unfortunately, the government has taken steps to prevent that from happening. One of the worst things that we can do for flooding is to force all of the water to run off land and straight in to the rivers. Having bare fields with no plants in them, compacted by heavy farm machinery achieves exactly that run off, and drags silt in to the rivers to reduce their capacity. It’s such a problem that in 2005 Labour introduced soil quality guidelines that linked farming subsidies to best practices like planting ground cover crops under maize and limiting days without plants in a field.

When the Tories came to power, they dropped many of the soil conservation requirements, on the basis that farmers should know best how to look after their land. And they actually made maize farming specifically exempt from all requirements to look after the land. As a result we now pay over £3bn a year to subsidise the flooding of our towns and cities. Mwhahaha.