We’ve written before about how annoying the House of Lords is. Those unelected peers (of all political persuasions) spend their time doing their best to thwart the evil that elected politicians are so good at doing. In recent times they have halted Chris Grayling’s plan to get rid of judicial reviews. They have stopped George Osborne from allowing employers to strip away workers’ rights in exchange for a few shares. And yesterday they threatened to stop the government from taking £1300 a year from the 3 million poorest households by submitting a “fatal motion” – which is a little used technique available to the Lords to stop the Commons worst atrocities.

Faced with not being able to inflict untold misery on the poorest in society, the Tories had to take drastic action. But when faced with the upper house threatening to block their evil plans, what action could they take? Only something more evil – they threatened to completely suspend the House of Lords if they voted against the benefit cuts. Mwhahaha. 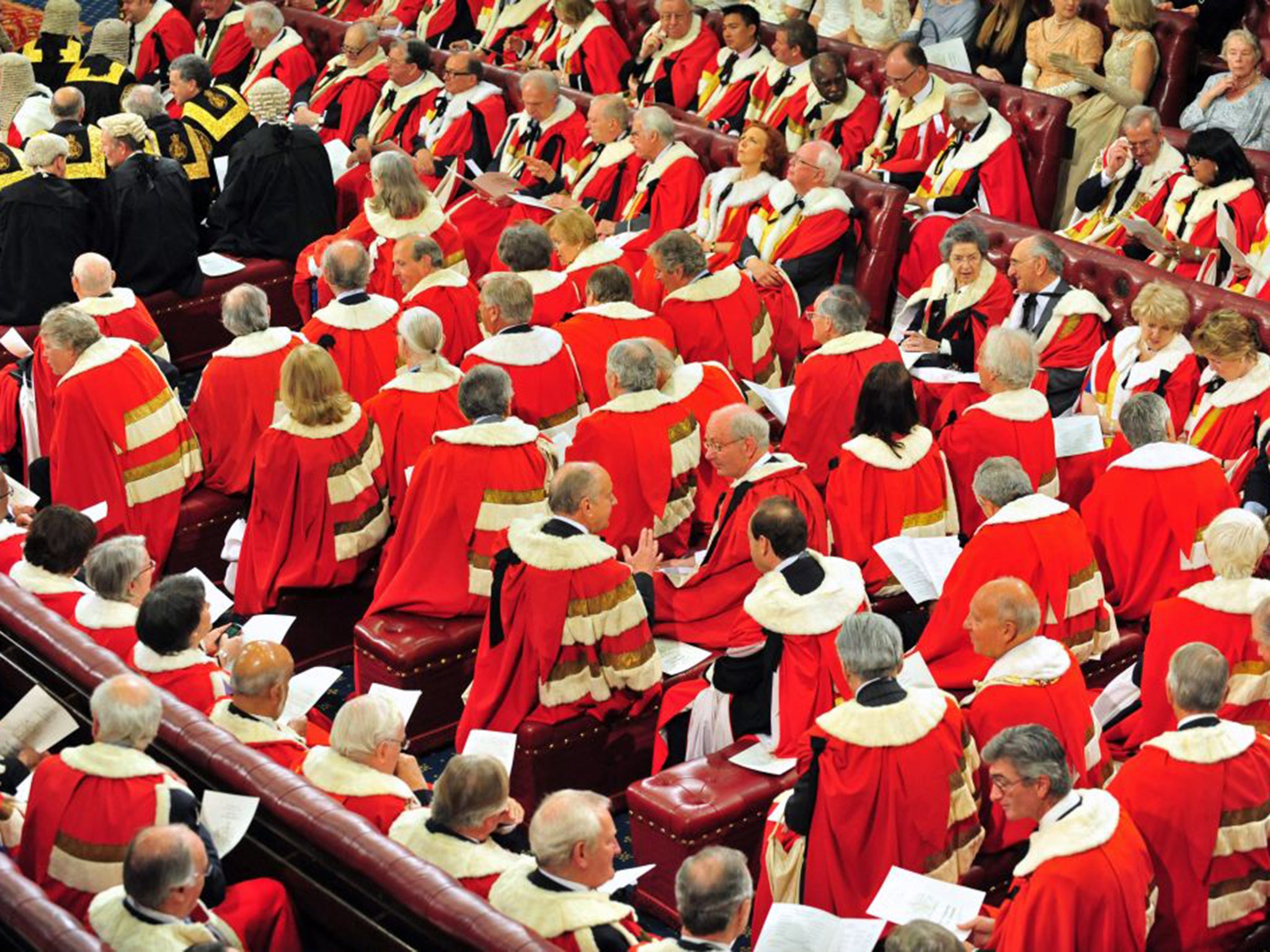 Tories could suspend House of Lords if peers kill off tax creditsAngry Conservatives are threatening to take drastic action against the House of Lords if peers kill off George Osborne’s tax credits cuts in a vote expected in the upper chamber next week. A rarely-used ‘fatal motion’ could be tabled in the Lords by the end of this week, paving the way for a vote next Monday with the specific intention of preventing the Chancellor from putting his controversial £4bn proposals into law.INDEPENDENT.CO.UK

In political terms, this is about as evil as it can possibly get – it’s the sort of thing that a dictator does. If the Lords had overstepped their authority, this would be a last ditch action to stop them, but in this case there was no such justification. Traditionally the Lords don’t block manifesto promises, or financial bills. But this was not a manifesto promise. In fact, Cameron made it very clear on live TV saying that he would not cut child tax credits. The Lords are also forbidden from blocking financial bills. But the tax credit cuts are not a financial bill – the government has intentionally submitted the changes as a statutory instrument – the difference being that a statutory instrument does not require parliamentary scrutiny and debate.

Given that the Lords are well within their rights to try to block the change, threatening to suspend the upper house is possibly the most evil act yet. Such a move would allow the Tories true despotic power, with no-one to block their schemes. Unfortunately the Lords took note of the threat, and the bishops and cross bench peers who proposed it have backed down, so the pesky upper house lives to fight another day.

The Access to Medical Innovations bill is a classic case of misleading the public with a badly named bill. But the “Removal of protection from medical quacks bill” wouldn’t sound so good. Nor would, as Tory MP and GP Sarah Wollaston called it in a Huffington Post article, the Medical Anecdote Bill.

So what is this bill? It is a proposal that we allow doctors to give patients unproven treatments without fear of litigation, and to have a database of these unproven treatments that people can refer to. Those of its supporters who are well meaning think this will allow dying people access to treatments which might just save their lives – treatment to which they would otherwise be denied because of pesky lawyers. The problem with that is it’s complete and utter nonsense. No-one has been able to point to treatments which are not being attempted because of fear of litigation, and this law will simply reduce the ability for patients to sue in the case of genuine negligence, while drumming up work for private clinics offering expensive and unhelpful treatments to desperate patients, while at the same time reducing the number of patients who can participate in the already under-resourced genuine medical research. Patients lose, the medical profession loses, but private quacks win. Mwhahaha.

The access to medical treatments bill will put children at risk All this bill will achieve is to give bad doctors a way to avoid being sued for negligence POLITICS.CO.UK

Think this is far fetched? There are people who claim to be able to cure autism by giving a child bleach to drink. All it has been shown to do is destroy the stomach lining. Similar chemicals are sold as MMS – a cure for aids, flu and malaria. People buy them because they are desperate, and this bill would help protect people who sell such treatments. That snake oil is extreme, but more benign fake cures will have the defence of “innovation”.

Surely the medical profession want to be able to innovate though? Yes – of course they do. But they say that they are already only hampered by lack of funding and lack of patients joining trials. They are not hampered by threat of legal action, which is said to be a non-issue by the Medical Research Council, the Association of Medial Research Charities, the Academy of Medical Royal Colleges, the British Medical Association, the Wellcome trust, and many more medical bodies, who are all against the bill. The medical profession is pretty much unanimous in it’s opinion that this will do nothing but hurt patients and limit their ability to do real science based research. Even the commons health select committee is against it. But will that be enough to stop the law which will hurt everyone but the quacks? Unlikely.

More and more UK families are living in rented accommodation, and while plenty of that is high quality housing, some unscrupulous landlords are more than happy to have tenants living in slum conditions. According to the Citizen’s Advice Bureau, 740,000 households in England live in privately rented homes that present a severe threat to tenants’ health. In total 16% of private rented accommodation was found to be physically unsafe. And people are paying £5.6bn a year to rent these properties, of which £1.3bn comes from taxpayers in the form of housing benefit.

At the moment it is very difficult for tenants to do anything about rogue landlords – a shortage of low cost accommodation makes it difficult to move house, and the legal options are complex and convoluted, not to mention out of reach to most individuals thanks to the new court fees. To help redress this, Labour MP Karen Buck proposed a bill which would require homes to be fit for human habitation. The response? Philip Davies, Tory MP and private landlord said that keeping a house fit for human occupation would be “a huge burden on landlords”. 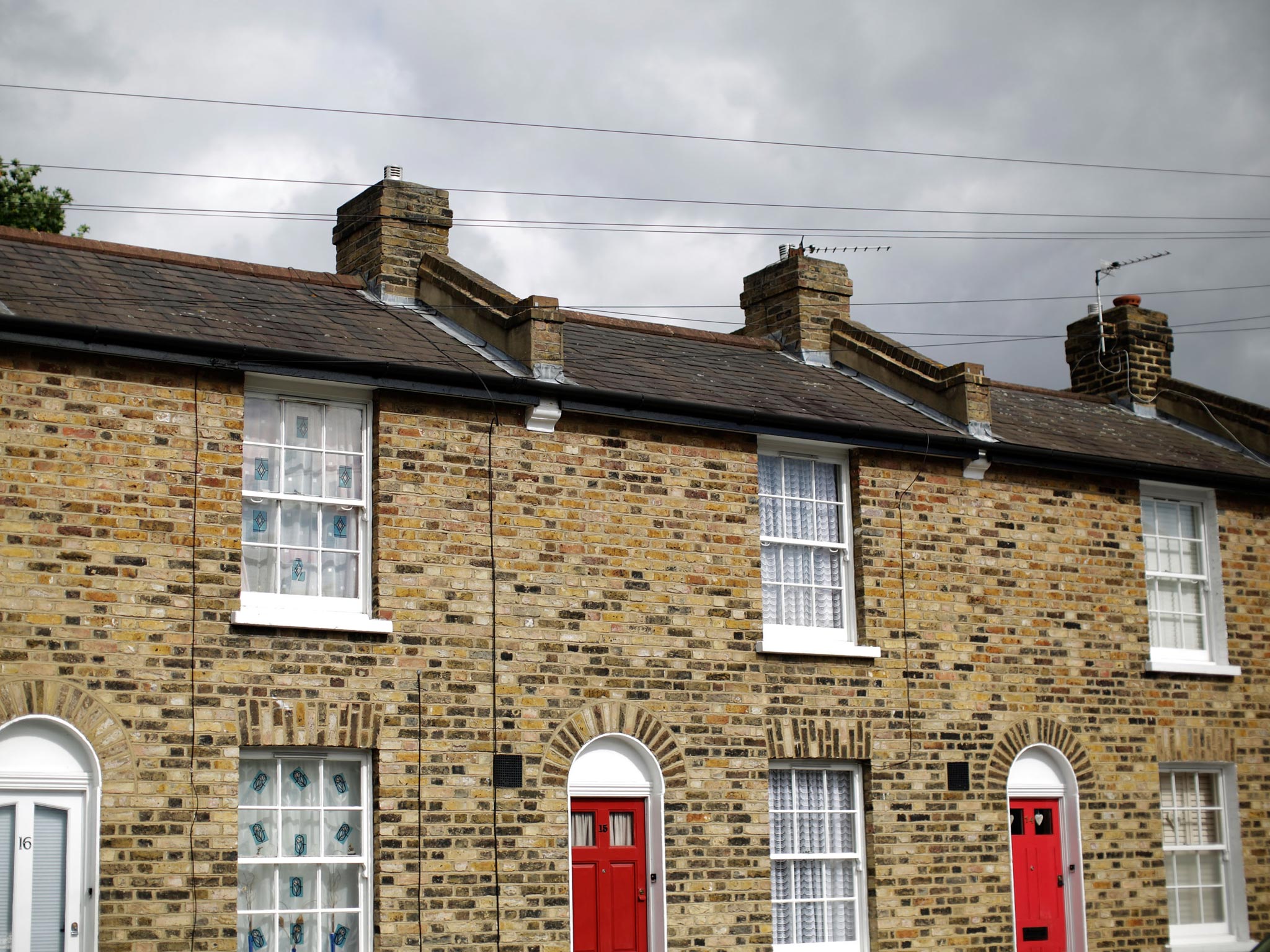 Landlord Tory MP says law requiring homes be fit for human habitation is an unnecessary burdenA proposed law that would require landlords to make homes fit for human habitation would be an unnecessary regulatory burden, a Conservative MP has argued. Philip Davies, who derives an income from renting out property, said the new bill proposed by a Labour MP would put INDEPENDENT.CO.UK

Mr. Davies also said that “it is very difficult to keep tabs on all the things that are expected of you”. The Tory MP wants landlords to be able to invest their money in houses and simply take the profits from it without the troublesome burden of taking responsibility for providing a safe service. While other businesses should have an obligation to not put people in danger, ones that Tory MPs personally own should be exempt. Mwhahaha.

Housing in the UK is more unaffordable than ever. This is due to a number of factors. One of the biggest reasons is that stricter lending rules introduced after that financial crisis mean that a much larger deposit is required than in the past – 17% is the average at the moment – and that affordability tests are reducing the size of mortgage that people can get. Another reason is that right-to-buy and buy-to-let mortgages have reduced the stock of housing at the lower end of the market, driving up prices. At the end of the 80s, 9% of people were in private rented accommodation, and 23% in social accommodation. Fast forward to today, and we find that 19% of people are in private rented accommodation, and 17% in social accommodation. That increase is huge, but even worse, there is a massive generation gap hidden in those figures – over half of 20-39 year olds are in rented accommodation.

Clearly someone is making money out of this. As house prices go up, so do mortgages, and with them bank profits. Older people who already own their houses stand to make a fortune if they downsize. Landlords are making a killing. Basically, traditional Tory voters are winning, while other people are losing. So what is the Government going to do about this? Well, thankfully their response is truly evil. They are forcing housing associations to sell off their stock cheap (to ultimately create more private landlords), and they are dropping the requirement to create low rent social housing, replacing it with unaffordable “starter homes” which will be beyond the reach of people on the average wage – in London you need to earn £76,957 to buy one, and £50,226 in the rest of the country, putting you in the top 4% and 10% of earners respectively. Mwahaha.

David Cameron defends ‘starter homes’ that only the richest can affordDavid Cameron has defended his housing policy after an analysis found that his so-called INDEPENDENT.CO.UK

Shelter have put together an excellent analysis of the policy, and looked at where people on the new National Living Wage can buy a Starter Home. Good news if you wanted to move to Hull, Barrow-in-Furness or Southport, but if not, look forward to spending the rest of your life paying high rent to a private landlord.

The Tories have spent the last 6 years dismantling the welfare state, with a view to improving the economy. Fortunately some employers have realized that when the state doesn’t have employees backs, they are free to screw employees. How do we know this? The ONS has published figures this week about the number of people paid less than the living wage, and how that has changed over time.

Good pay if you can get itBRITAIN’S living wage, an hourly rate promoted by the Living Wage Foundation and the mayor of London to encourage employers to pay above the legally binding…ECONOMIST.COM

Statistics show that the percentage of people (or more accurately the percentage of jobs) paying below the living wage was steady at about 13% until 2010 when the Tory-Lib Dem Collation got in. Since then the percentage has increased to almost 20% in London, and nearly 25% outside London. Employers know that with benefits all but eradicated, unskilled employees in particular in the accommodation, food services and retail sectors have no option but to accept whatever pay they can get. Average pay is also completely failing to keep up with inflation, showing that these issues are not confined to the lowest paid jobs. In fact, the median pay today is worth 10% less in real terms than it was in 2008. Mwhahaha.

There are some other inequalities hiding in the data too – women are far more likely than men to be paid less than the living wage;

and the youngest and oldest people are more likely to be underpaid too, with 18-24 year old’s the worst hit. The standard justification for that is that they have less experience, so are worth less, but it’s hard to see how a 24 year old, full of energy and enthusiasm, with a potential 6 years experience under their belt is truly worth so much less than a pensioner.

The truly evil thing is, I doubt anyone is surprised.