What do you do when you have multiple pieces of bad news? Release them all on the same day, knowing that the media can’t cover them all at once. Mwhahaha. It’s not a new practice, but the government certainly did it in style yesterday. It had five pieces of news that it didn’t really want to release, but had to, so it dumped them all out in one day. Even more evil, it did it during the parliamentary summer recess when the opposition weren’t able to challenge them on it.

What are these pieces of bad news?

First, the former disability benefits claimants who die shortly after being declared fit for work (even though the information was inconclusive, as we covered yesterday);

Thousands have died after being found fit for work, DWP figures showCampaigners demand welfare overhaul after statistics reveal 2,380 people died between 2011 and 2014 shortly after being declared able to work
THEGUARDIAN.COM

Second, the appointing of some truly disgraceful people to the House of Lords;

Donors, fixers and expenses scandal MPs are among the latest peersDisgraced MPs who cheated on their expenses, a multimillionaire Tory donor, a group of back-room political fixers and an alcohol industry lobbyist have been ennobled by David Cameron, sparking renewed calls for root-and-branch reform of the House of Lords.INDEPENDENT.CO.UK

Thirdly, the immigration figures showing that economic immigration has hit an all time high, 3 times higher than David Cameron committed. Not necessarily a bad thing, but embarrassing given government policy;

Fourthly, while lots of economic migrants are coming in, we are shutting the door on refugees who desperately need our help;

And last but not least, the subsidy on household solar panels is being slashed from 12p to 1p from January, potentially destroying a highly successful industry with misleading claims about the cost to households;

Subsidy cut will stop one million buildings installing rooftop solar panelsNearly one million households, communities and schools will no longer be able to install solar panels on their rooftops after the Government cut subsidies by 87 per cent.
INDEPENDENT.CO.UK

We’ll be covering the evil behind these stories in the coming days.

Iain Duncan Smith’s Department for Work and Pensions has just published a response to a freedom of information request about how many disability benefits claimants died after being taken off disability benefits. The DWP had initially refused to disclose the information, until the Information Commissioner compelled them to respond. The purpose of the initial query was to see if the number of people removed from disability benefits who have died is larger than would be expected for a cross section of the population who are fit to work. The theory being that people who are so unfit to work that they die shortly afterwards are being refused sickness benefit. The theory is helped along by emotive stories like this;

But the DWP didn’t want to confirm that that was happening, so they did the evil thing and released figures in a way that can’t be realistically interpreted. They only published an absolute number of people who died, without any context to shed any light on whether or not that is a big number. Mwhahaha. In the absence of proper information, the newspapers have assumed that it’s probably bad (because that makes a good story), but the government can’t easily be held to account on it without the full information; 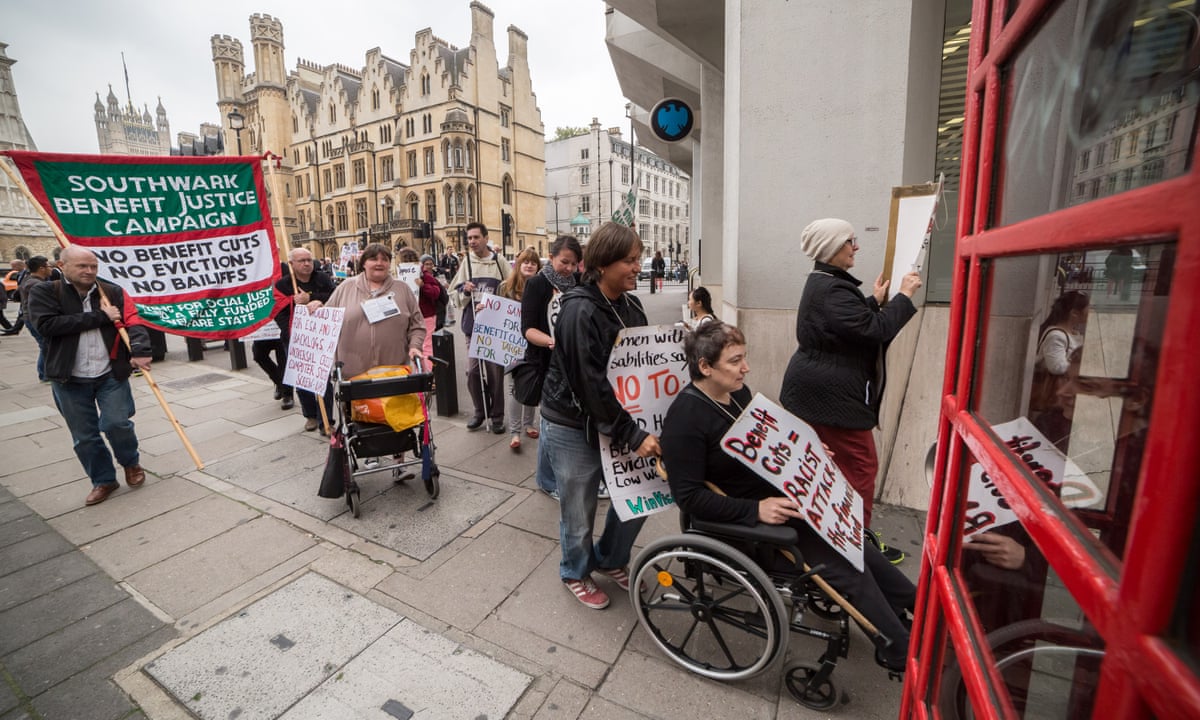 Thousands have died after being found fit for work, DWP figures showCampaigners demand welfare overhaul after statistics reveal 2,380 people died between 2011 and 2014 shortly after being declared able to workTHEGUARDIAN.COM

All we are told is that between 2011 and 2014, 2380 people died after being declared fit for work. That’s sad, but is that a big number or not? People die all the time, and perhaps this is an expected number of deaths. The DWP have not given information about how many people didn’t die, or any information about what the expected rate of deaths would be for the demographics of the people concerned. Without that information, we haven’t got a clue what the figures mean. It’s the equivalent of saying that last year Tesco sold 7000 bananas which were over ripe. Without knowing how many bananas they sold in total or what percentage of bananas were sold over ripe across all supermarkets, we just don’t know if this Tesco are doing well in the bananas sold perfectly ripe game. A wonderfully evil way of the DWP answering the question without actually giving away any information that can be used against them. Ben Goldacre summed it up perfectly;

How DWP has confused everyone by releasing the right data for the wrong question on benefits deaths.People wanted DWP to say if sickness benefit claimants die after being found “fit for work”. Sadly they asked for the numbers in the wrong way. Despite knowing what everyone was asking for, DWP acted like a literal evil genie, and replied “here are the numbers you asked for, and a puff of smoke…”
STORIFY.COM

Top economists are trying to undermine the government’s economic plans by pointing out that austerity is evil; 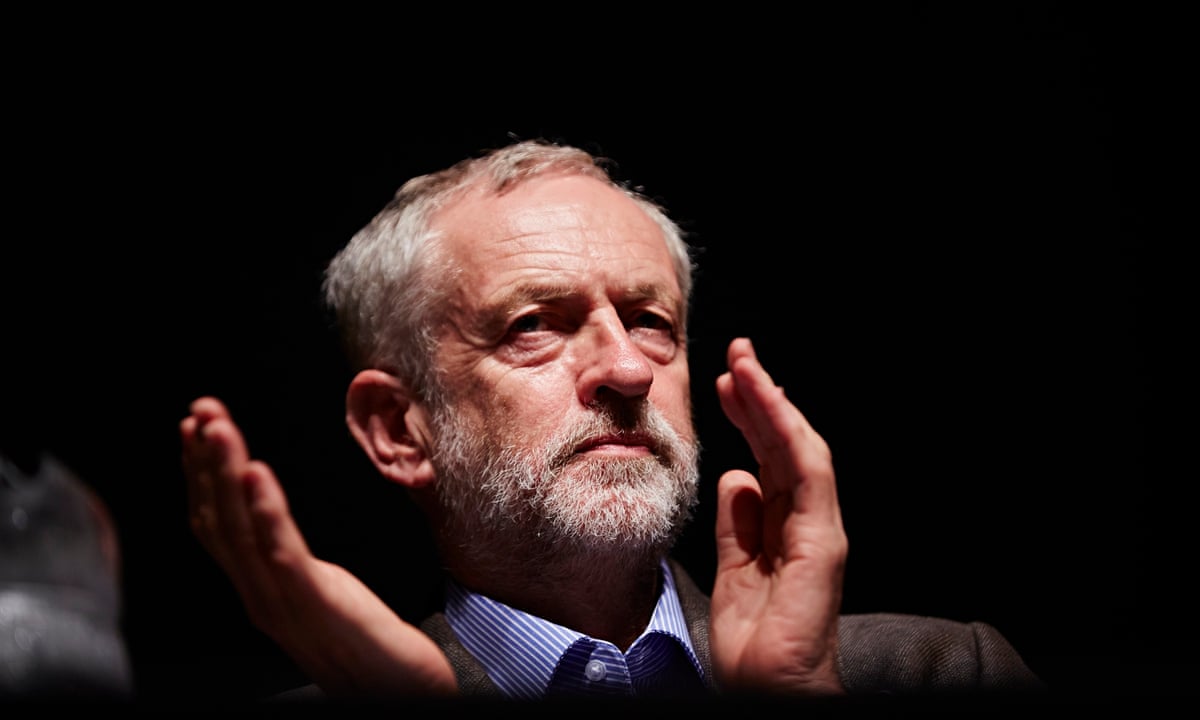 Jeremy Corbyn wins economists’ backing for anti-austerity policiesFormer adviser to Bank of England among signatories to letter dismissing criticism of economic plans, saying they are ‘not extreme’THEGUARDIAN.COM

In a letter to the Observer, 41 leading economists point out that austerity has not worked, and continuing on this path is not the right course for the country. In addition to these economists, the IMF has repeatedly noted that harsh austerity can never turn round an economy, but instead suppresses economic growth. Austerity simply makes the poor pay for the weaknesses in the economy as opposed to causing an economic recovery. Mwhahaha. Corbyn’s policies of supporting growth through spending are far more in line with conventional economic wisdom, and while left leaning, are far less evil than Osborne and Cameron’s evil ideological crusade against spending. So it’s just as well that the Tories are creating fear to keep him out.

At the moment, when an illegal immigrant is caught in the UK (as opposed to an asylum seeker), they are meant to be deported. However, that doesn’t happen very efficiently, and there are thought to be many known illegal immigrants living in the UK.

An obvious solution to this would be to deport people as soon as they are found to be actual illegal immigrants. However, the government has a much more evil plan. Instead they are going to jail illegal immigrants for up to 6 months before deporting them. Why is that evil? Because jailing someone for 6 months can cost about £80k.

Illegal immigrants working in UK face six months in prison, ministers announceThe Government will unveil plans to jail illegal workers and launch a new crackdown on companies hiring immigrants with no right to be hereTELEGRAPH.CO.UK

It’s not just the utter waste of taxpayers money that makes this evil. That cost is hundreds of times as much as we would spend on helping an asylum seeker. Someone who has fled their home or been forced out of it by war and conflict gets just £36.95 a week to live on. We are willing to spend a fortune on punishing people who come here to work illegally, but not willing to spend a fraction of that helping those in need. And since many prisons have been privatized, this will be money going straight in to the pockets of the likes of G4S and Serco. Mwhahaha.

And to add to the stupidity of this plan is the very real problem of prison overcrowding. Our prisons are already completely full, with multiple prisoners being crammed in to cells designed for one. The government recently realized that it has been counting the number of prisoners in overcrowded cells wrong, and there are in fact 20,000 prisoners in overcrowded cells. This is not just an issue of safety, but it also prevents rehabilitation, increases unrest, increases the chance of suicide, and poor health. Anything that needlessly increases the prison population is clearly evil.

Being an MP is something that most people assume is a full time job. They get paid £74k plus very generous expenses for representing their constituents in parliament, debating laws and policies, and working on committees. They also are expected to work hard within their constituencies, running a regular surgery, attending meetings and so on. Parliament sits for about 160 days a year (it varies from year to year), leaving 73 working days for party conferences, constituent meetings, and so on. Parliament starts as early as 9:30 am, and finishes as late as 10 pm, so it’s not a short day.

However, despite this, 100 MPs have reported as working second jobs. The latest is MP for Stratford-on-Avon, Nadhim Zahawi, who has landed a job as Chief Strategy Officer for Kurdistan oil company Gulf Keystone.

Mr. Zahawi, sits on the Foreign Affairs Select Committee, and was chair of the Parliamentary Group on Kurdistan during the last parliament, leading to no end of questions about conflict of interest, in addition to not working full time as an MP. Mwhahaha. Some MPs with second jobs claim that it helps give them additional knowledge and experience. That may be true for a barrister or a doctor, but it’s hard to see how that applies to a lucrative directorship or consultancy.

Mr. Zahawi is far from the only MP to be moonlighting. The BBC reported 100 other MPs also working second jobs earlier this year;

What MPs do as second jobs – BBC NewsA look at some of the jobs MPs do alongside their parliamentary duties, after the issue dominated Prime Minister’s Questions in the Commons.
BBC.CO.UK

Some may sympathise with the poor underpaid politicians needing extra work, but according to YouGov, the public are not particularly happy with MPs working part time.