For too long this country has been plagued by poor people who can’t afford to buy healthy food. They insist on buying four Greggs sausage rolls for a pound from Iceland instead of a Waitrose essentials fruit salad for £1.99. And they have chips instead of quinoa with their salmon (I am assuming when they say Fish and Chips, they mean salmon – right?). Idiots. The government has come up with a superbly evil plan for those people who can’t afford to buy healthy food – cut their benefits! That will teach them.

Even better – the overweight will be forced to go to therapy, despite the president of the British Psychological Society saying that it’s unethical, and anyway psychology can’t help people unless they want to change. So they are set up to fail from the start, ensuring their benefits are cut. Which means they can even less afford healthy food. It’s a beautiful evil spiral. Mwhahaha.

What happens when you don’t have the facts to back up your evil plan? Simply use emotive language to hide the truth. Want to be especially evil? Look like it’s a slip of the tongue and make sure it chimes with what makes a good news story. Today’s case in point is of course the “swarm” of people.

What do we think of when someone says swarm? Thousands of wasps or ants invading our picnic. Is there actually a swarm? Well, of the 185,000 asylum seekers entering Europe across the Med, there are 3,000 waiting in Calais to be judged on whether they are genuine asylum seekers or economic migrants. Of those 3,000, a few hundred have attempted to force their way in to the tunnel. That’s about one train carriage worth. When Eurotunnel say that thousands of migrants attempted to force their way in, what they meant was a few hundred trying and failing repeatedly. This is the same Eurotunnel who wants £13m from the government to beef up security, such as mending their fences that have been broken for the past 10 years. So, no, it’s not a “swarm”, but the language works wonderfully for both Eurotunnel and the government doesn’t it? Mwhahaha!

Cameron is a fantastic Prime Minister for using evil language to mislead the masses. Other great examples are;

David Cameron warns public sector over Budget cuts – BBC NewsPrime Minister David Cameron says the budget deficit will not be dealt with by “just hitting either the rich or the welfare scrounger”.
BBC.CO.UK

Without actually pointing to any benefits scroungers, he implied that they are a real problem. When in fact the truth is that the majority of the welfare budget goes on the ring fenced pensions used to buy the grey vote, and people on long term benefits are very few and far between. Mwhahaha!

And what about “wealth creators”? What a brilliantly evil euphemism for “wealth holders”. Lets pretend that the bosses who manage to keep the lion’s share of the businesses income are more worthy than the workers who actually bring in that income. Mwhahaha.

Wealth ‘creators’ are robbing our most productive people | George MonbiotLives are being trashed by klepto-remuneration: theft through excess rewards to rapacious bosses
THEGUARDIAN.COM

Best of all – the “benefits merry-go-round”. In the greatest act of evil yet, David Cameron said he wanted to end the merry-go-round of taxing with one hand and giving back benefits with the other. Everyone assumes he means to balance benefit cuts with tax cuts, but instead he simply cut benefits, leaving the poor much worse off. Mwhahaha.

Next time you want to do something evil, simply disguise it with meaningless phrases that appeal to tabloid media.

Asylum seekers. They’re so inconsiderate. They get themselves tortured, or their government threatens to kill them, or they flee from fighting. And then they travel half way round the world to try and find a safe refuge. The UK is awash with them – a massive 126,000 asylum seekers are living in the UK – that’s almost 0.2% of the population. And what do they do when granted asylum? They only go and work, recently contributing positively to the economy – showing everyone up (each Briton is a significant negative contribution to the economy on average – that’s why our deficit is going up). It’s just not on.

Fortunately the government came up with a fantastic plan to cut this overwhelming tide of people seeking refuge from certain harm. They came up with a plan no-one can object to – fast track the asylum hearings so that we can weed out any cheats as soon as possible. But here’s the clever bit. While waiting for their case to be heard, lock them up with no access to the outside world so they can’t gather any evidence to support their case, and can’t talk to any legal representatives, and rush the process so much that they don’t have time to prepare. Here’s a classic example;

An Afghan arrived in the UK in 2010 and claimed asylum on the basis of threats he had received while working at a US base. He was fast tracked. His claim was rejected on the basis that he was lying about his role: he was unable to obtain good proof in the short time available. He was lucky to be released and once he was released he was then able to contact his previous employers and get references and solid proof that he had been telling the truth. Five years later, he has belatedly been granted status by the Home Office but for some reason not yet recognised as a refugee

End result – only 41% of asylum seekers are allowed to stay. Mwhahaha.

Now the Court of Appeal has ruled that this is structurally unfair, and overturned the great evil that was achieved. They believe it’s not right to lock people up and try them without a fair hearing. Once again our independent judiciary have applied the rule of law to government processes, thwarting all of the evil. This cannot be allowed! Fortunately, instead of giving in and doing away with the bad practices, the government is spending taxpayers money appealing to a higher court. This evil is not over yet! 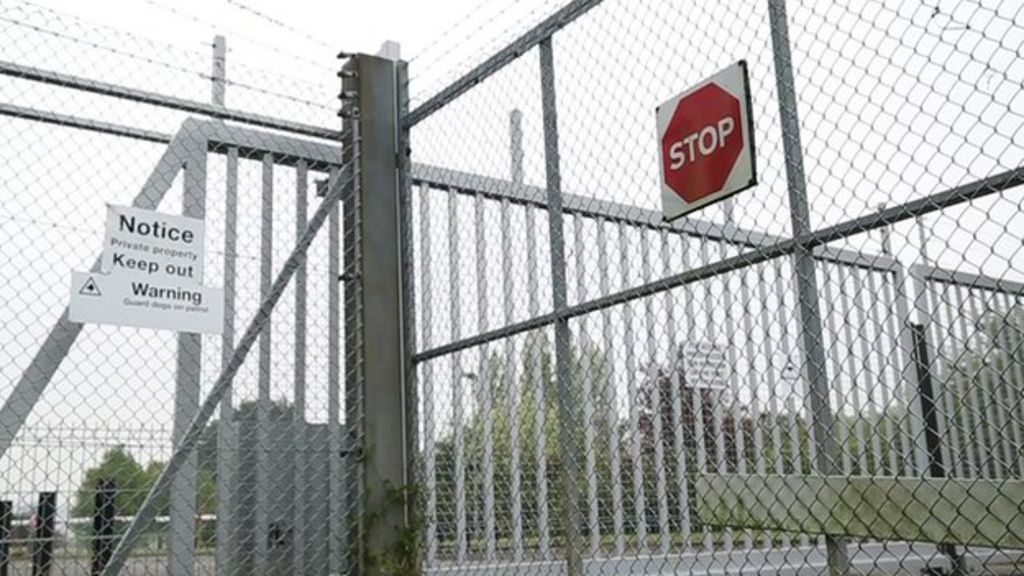 News has reached us of a senior government figure doing things in his private life that is incompatible with his role in public life. This senior figure was responsible for keeping his peers behaving to the highest standards, while in his private life secretly behaving in the most despicable manner. And what happened to him when those double standards were uncovered ? Nothing. Nothing at all.

This government official, known as Mr Arthur Weasley was  employed by the  Misuse of Muggle Artefacts Office, and knowingly harboured a flying car, amongst many other things.

When that flying car was borrowed by his son and flown in full view of the public, it was on the front page of the Evening Prophet, yet Arthur got away scot-free. Why? Despite it making the news, there was no newspaper hounding for his resignation, and by and large the public didn’t care. It didn’t hurt them, and didn’t stop him doing his job well.

Fortunately we do not live in such a benign society. When Lord Sewel was caught (entrapped?) taking drugs at a sex party, the media bayed for his resignation, and David Cameron in his best combination of moderate but evil suggested that perhaps it was best if he went. And so without due process, a highly competent cross bench peer is no longer working for the country. On the same day that David Cameron suggested adding 50 new Conservative peers to the House of Lords no less. Mwhahaha.

David Cameron hints at raft of new peers as Lord Sewel resigns from House of LordsDisgraced Baron John Sewel, Deputy Speaker of the House of Lords, quits after alleged drug-taking at sex party with prostitutes caught on videoTELEGRAPH.CO.UK

For far too long, Legal Aid has allowed access to the justice system for all and sundry. Well, unless they have a household income of over £37,500. And unless they were thought to likely not win. And of course they have to pay it back if found guilty. And even if you aren’t guilty, you may not get all of your defence costs back, as MP Nigel Evans found out:

With all this money freely thrown around, fat cat criminal lawyers were bringing in an average turnover of £56,000 (leaving them with a massive £35k a year before tax!). Obviously we must both stop this rampant access to the legal system, and cut the lawyers wages, which after all is nearly 2/3 what a tube driver gets. Fortunately in a righteous act of evil former justice secretary Chris Grayling slashed solicitors fees by 17.5%, with the goal of putting 2/3 of current criminal legal aid firms out of the legal aid business. Not only will that focus all of the lovely government money in the hands of a few big businesses (Tesco Legal anyone?), it will also prevent the little people clogging up the courts. Mwhahaha.

In an effort to thwart this evil, as of today solicitors and barristers are refusing to take some new work. However we have every confidence that evil will triumph! 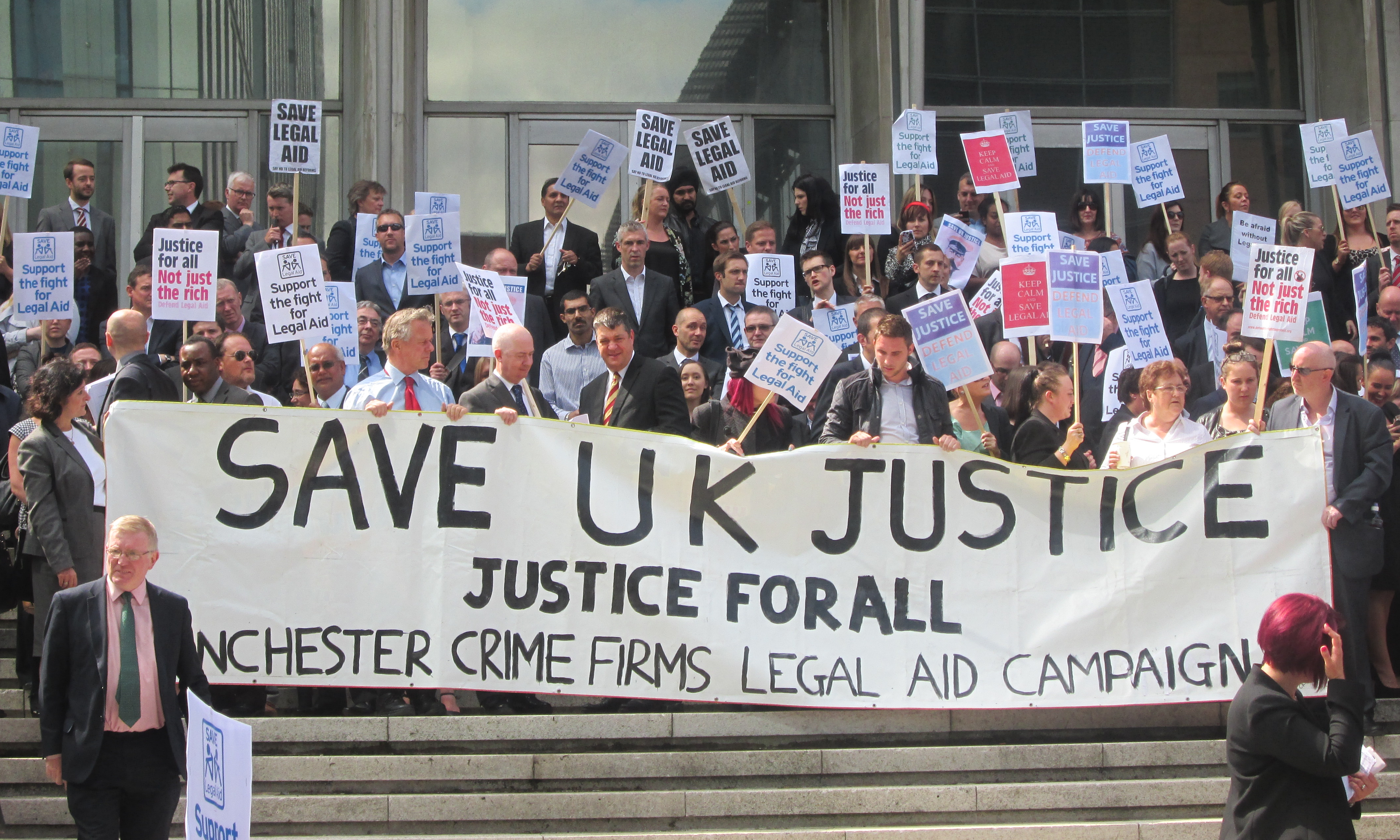 Barristers vote to join solicitors’ legal aid protestLawyers are protesting against 17.5% cuts in legal aid fees and the restructuring of their professionTHEGUARDIAN.COM